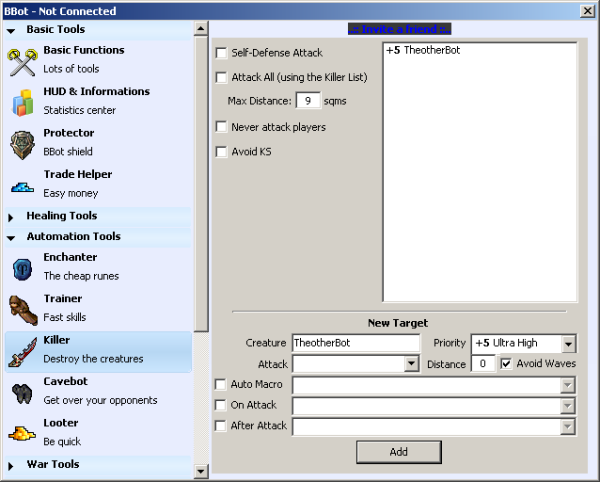 Creature: name of the creature you wish to attack.

Priority: this tool is used to set what monster will be attack first when more than two different appear at the same time on the screen. The priority works from grade +5 grade till grade +0.

Avoid Waves: makes the BBot stay on the diagonal of the creature, this way your char doesn't get wave hits.

Distance: Put a value >=1 and auto-follow turn on and makes the char attacks the target from X SQMs away, where X is defined by the user. When put the value 0 turn off the auto-follow. 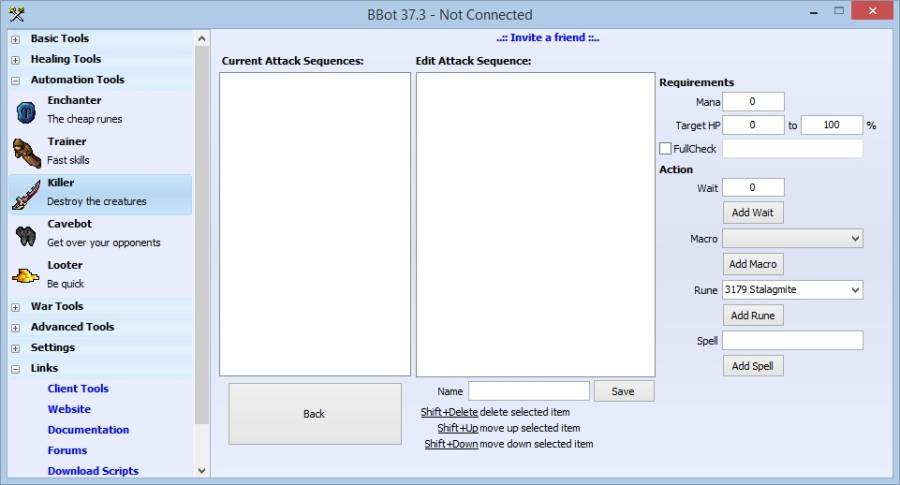 The macros is a powerful way to extend the killer, for example, you can use them to wear rings or amulets