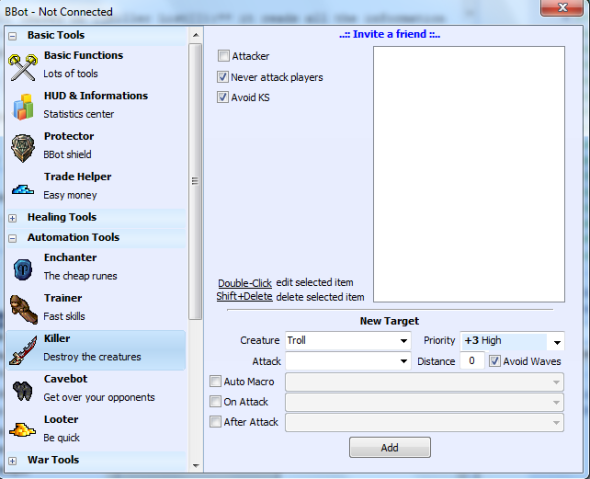 The Killer is the BBot Attacker, this is the attacking feature of the BBot. It can run from monsters, keep you out of the waves path, execute macros, cast spells, use runes and some other things. Furthermore, the Killer auto-synchronize normal attacks with spell attacks, like runes.

Never attack players: the Killer can attack players when they attack you, but when this option is checked the bot will ignore all players that are attacking your char.

Avoid KS check the option if you do not want to kill creatures that are already being attacked by other players.